Welcome to the first post of the RFCA President’s monthly blog.

Each month As You Were! will offer a barrack box of news and happenings (past and present), selected from profiles of people and places from our past, RF Cadet stories, myths, and trivia (maybe even a quiz or two), RFCA bits and bobs and, because your current president likes to dabble in doggerel, there will be the odd ballad, painting, or song that we sang while on the back of a GMC, RL Bedford, or Unimog going from Waiouru to Wherever. Comments on the blog’s items are welcome.

The top of the blog shows our newly-minted RFCA stand-up display banner with five photos of RF Cadet Graduation parades. The photos represent each of the five decades in which RF Cadet School existed. The indefatigable (look it up) Kelvin Hawley, together with Ewan Conaghan, were responsible for getting it done and dusted. Kelvin thinks the Classes on the banner are Miles Company, Bennet Class 1963, Page/Hudson 1977-1978, Webb Class 1984, and Williams Class 1991. All you train-spotters out there – is he right?

Contributions to the various sections of the blog are also welcome – please send to the As You Were! Editor (who reserves the right to edit, censor, or confine to barracks) at rfcadet1964@gmail.com

Do you remember December? Season of heated shoe polish in the barracks at night, sounds of spitting and quiet circular buffing, murmurs of encouragement for the burnishing of boots, the smell of singed eyebrows when spooned black nugget caught fire, and the cries of anguish and sobbing when boots cracked the day before Grad.

And what about the days and days of drill and Grad Parade practice (with the SSM getting grumpier by the day – though who could tell). Then the culmination of Grad week with acts of sabotage on the bugle tower, the imaginative white-washed “Grad ‘XX” sign-writing on windows and walls throughout the Camp, and the Grad Dinner (when our RF staff sat down to a sumptuous dinner at the same tables as us, gave us quick instructions in which EPNS cutlery to use with which course – cutlery which we had never seen before, along with all the silver table decorations). Then they conversed with us as though we were, for once, almost on the same planet as them.

And Grad Day itself – the parade going off without a hitch, the prize-giving in the camp cinema and the Grad Ball where most of us spent the evening wishing we had a girlfriend, let alone one who would choose to come to Waiouru for a dance. Aaah – who could forget!

In 1961, Jim Brown won the Sword of Honour at OCS Portsea. He received the Military Cross in 1966 whilst serving with 1 RNZIR and by so doing became the first commissioned ex Cadet to be decorated for gallantry. Jim also served on the staff of RF Cadet School in 1968 as OC A Company.

On the 21st June 1965 while in command of 3 Platoon, A Company, 1 Royal New Zealand Infantry Regiment, Lieutenant Brown was organising a platoon patrol base in the Border area of Lubok Antu in the Second Division of Sarawak, when one of his sentries fired on and wounded an enemy soldier who approached the patrol base. Lieutenant Brown immediately organised and controlled an offensive sweep with two of his sections which drove a party of 3-4 enemy across the Border. It was Lieutenant Brown’s presence of mind which saved the wounded man from being killed in the heat of the moment and which subsequently enabled a detailed and valuable interrogation of the prisoner to be made.
On the 28th July 1965 while commanding the leading platoon in company operations in the Border area of Lubok Antu in the Second Division of Sarawak, the enemy opened fire from a distance of 25 yards on the leading section of Lieutenant Brown’s platoon.
The enemy, who were in a dominating ambush position, and estimated at a strength approximately 40, brought very heavy automatic and light mortar fire on to Lieutenant Brown’s platoon which was pinned down. He immediately called for covering fire from another platoon which was supporting his movement forward. He then went forward with his leading section commander to the lead scout and from a distance of 15 yards threw high explosive and smoke grenades into the enemy defences. He then returned and supervised the withdrawal of his platoon to a fire position behind cover. He next took charge of his 2 inch mortar and personally fired 12 high explosive bombs into the enemy position. It is now known that 7 enemy were killed or died from wounds in this action.
On 29th August 1965 in the border area Lubok Antu in the Second Division of Sarawak, Lieutenant Brown’s platoon was required to give covering fire to a reconnaissance patrol. The accuracy and effectiveness of this fire resulted in an estimated three enemy killed and two wounded.

Comment: I had the honour of serving under Jim in 1984 when he was SO1 Ops & Training at HQ Support Command in Palmerston North. I had the SO2 Training seat; Rick Ottaway was SO2 Ops. We lived four houses down the road from Jim in Linton Camp – Ron Mark lived across the road. I still remember Jim hooking his boat to his Ute on the weekends and heading off to Tangimoana to do some fishing. Come Monday he would give Rick and I an honest account of what he had – or hadn’t – caught.

Do you have a story or memories to share about Jim? Write in the comments box below.

What do you remember about Tank Hill? 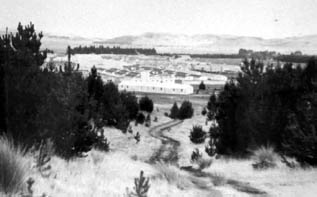 I guess it depends on how much CB you did, how much grog you stashed amongst the trees, or how much you skived off…

Rumour has it that there was more booty found in a search under the trees on Tank Hill than was stolen during the night before’s WOs and Sergeants Mess bottle-store break-in courtesy of the RF Cadets.

What do you remember about Warrant Officer Class One Stanley Frank Hill (Tiny), MBE? R.I.P., 2 October, 2019

I guess it also depends on how much CB you did, how much grog you stashed amongst the trees, or how much you skived off…

Tiny’s funeral service was held in Christchurch on 9 October. Gordon Forrester and I represented the RFCA. A number of ex Cadets were in attendance.

Bob Davies and I were talking the other week – one of our Parkinson Class classmates, Dougal Fraser,  had just passed away and Bob was looking for a poem for the service. I sent him this:

I would like to be there in January
To talk with you, just like old times;
I’d like to see who will remember,
And walk for a while in the lines.

Hear the noise of the cooks in the morning,
Bludge a smoke in the barracks at night,
Dodge the Rock as he wanders,
Ready to give me a fright.

And I’d like to play rugby on sports day
And shoot on the Home Valley range,
Catch a train out’a here for the weekend,
Or hitch-hike just for a change.

I wonder who you all married?
And how many children you had?,
Where you worked, and if you succeeded?
See – proves you weren’t all that bad.

And I’d like to visit the chapel,
Maybe see Tank Hill in the rain,
Polish my boots on a Sunday
And stand on parade once again.

But I can’t be there in January.
Mark me down as away for a time.
But thank you for calling the roll
“And thank you for taking the time.

To remember a Mate.

(Hint: Our School history, A Favoured Few, will help. Answers below)

RFCA Bits & Bobs – Just past and coming up

The Regular Force Cadet School was formally established at Trentham Camp on 15 July, 1948. In recognition of this momentous event, the RFCA has declared this date as “Regular Force Cadet Day” (a “Corps Day” by another name). The RFCA strongly encourages all members to gather together on or near this date and to reflect long and hard on its significance before the second round. 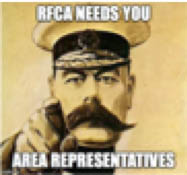 The RFCA Committee wants to increase the membership of the Association and one way is by increasing activities in local areas.  Waiting for a reunion is too long between drinks and more regular activities will help grow membership.

To plan and organise these local activities we require some motivated people to step forward as Area Representatives. For example, as an Area Representative you might coordinate a dinner and drinks for ex Cadets at a local RSA or Services Club on RF Cadet Day (see previous item). The RFCA would assist with funding to advertise the event and would look to part- subsidise the dinner. (Given that annual membership is only $10 it is likely that members will recoup that by attending the event!) You might also establish a regular Happy Hour for local members (this wouldn’t be subsidised).

It is hoped that the success of these events will spawn more get-togethers and increased membership. Perhaps you will discover the ex-Cadet who has been living just down the road but you just never knew.

Members of the RFCA committee travel the country from time to time. When they are in your area they are prepared to attend any informal gathering the Area Representative organises to meet members and advance the aims of the RFCA.

The RFCA has created an advertising banner (see beginning of this post) to aid in raising the profile of RF Cadet School and the Association.  It will be used wherever the opportunity exists to attract ex-cadets who may not be aware that the RFCA is alive and well and looking for members.

When we looked at where RFCA Area Representatives could be located, we generated 30 potential places – including four in Australia and one in the UK. The committee sees no issue with providing a customised banner to all of them if the membership and activity rate justify it.

If you are interested in becoming a RFCA Area Representative, send an email to rfcadet1964@gmail.com and let us know where you are located and perhaps the RSA or Services Club you might use to host events.