Greetings fellow Clubbies. Well, it’s February already and as I look around the world I feel gratitude – despite the yo-yoing of NZ Covid lock-downs – that I live in Godzone, where insurrections don’t happen and where we don’t, as a first-world country, have a third-world electricity supply grid. My only gripe, now that Covid vaccinations are underway overseas, is the slightly squeamish reaction I have to seeing people being jabbed each night on the news.

It reminds of the times as Cadets when we were marched over to the Camp Hospital to get inoculations or booster injections against whatever disease was flavour of the day. We joined a queue that was out the door but not all managed to last the wait without keeling over. Sometimes we had the luxury of sitting down for the jab, which gave me sufficient motivation to remain upright until I got there. If the injection was being administered by a RNZNC Nurse, my incentive not to faint was further bolstered. 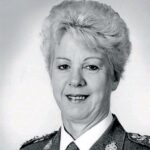 One of the nurses who gave you your jab might have been Thursa Kennedy (RIP). Thursa served many years in the Nursing Corps and was the first NZ woman to reach the rank of Lieutenant Colonel. She came from a large family and two of her brothers were associated with RF Cadet School. Ken Kennedy (RIP) was A Company RF CSM from 1965-68 and his brother Don was a Puttick (1957) Class RF Cadet. I was a cadet when Ken was CSM and I met Don just over 10 years ago when he joined me at the Earthquake Commission (EQC) in Wellington. We were part of a training team that ran intakes of newly-joined assessors through their induction course paces in Christchurch. It was just like being on staff at WTD and having an ex-RF Cadet alongside me was great.

The 10th anniversary of the Feb 22nd Christchurch quake has just occurred and, like the many RF Cadets who live in Canterbury, I experienced the actual event first-hand. I was in an EQC building on the corner of Deans Avenue, Blenheim Road and Moorhouse Avenue and managed to stay upright during the quake by clinging to a doorframe. A Scotsman was next to me holding on grimly to the other half of the frame. Every two seconds or so he would say in his broad accent “It’s a really big one, really BIG”, reminding me of Private Frazer in Dad’s Army, whose signature phrase was “We’re doomed, DOOMED!”.

In this month’s tribute, we honour Warwick McCallion, ex- NZSAS Trooper and Māori All Black Coach. 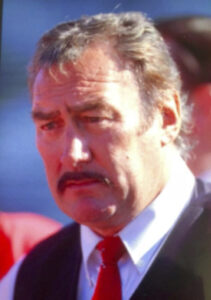 I would like to acknowledge both Bill Taare, RNZIR, NZSAS, NZ Police, Geoff Fairhurst, RNZIR, NZPTC, Ardagh Class and Christina Fairhurst, for the information for this tribute.

Warwick was born on 26 July 1950.  Warwick (or Mac) followed his older brother, Wayne (or Mac), of Parkinson Class, into the RF Cadets in January 1967 – photo of Wayne at right). At the end of 1968 Warwick graduated into the Infantry and was posted to 2/1 RNZIR Burnham.  In 1969 he successfully completed the SAS Selection Course and deployed to Vietnam as a member of 4 Troop to complete a 12 month tour.  He was a member of a patrol commanded by Sergeant Graham Campbell with the legendary soldier Trooper Bill Taare as the patrol lead scout.  As Bill relates: 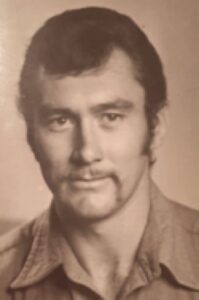 Mac had the distinction of being the youngest member of 4 Troop, 2nd detachment to South Vietnam, 1969 to 1970. He was 19 years of age but this was in no way a barrier to him as he had that inherit ability to resolve problems that confronted him. The 14th January 1970 will be remembered by our Patrol and 4 Troop as our darkest day.  During a contact with the enemy force our Patrol Commander, Sgt Graham Campbell, was fatally shot.  I will not go into the specifics of this contact but I would like to point out the heroic actions of our junior member, Mac, during that confrontation.  Faced with the situation we were in we either had to drag our Commander or pick him up and carry him.  I made the decision to withdraw from the fire fight.  I called to Mac “pick him up and follow me”.  Under the covering fire from the rest of the patrol Mac picked up Graham, threw him across his pack, and followed up very quickly.  After we had gone some distance we reciprocated by covering the withdrawal of the remainder of the Patrol.  Once again we went through the same procedure with Mac picking up Graham and placing him across his pack as we moved off.  We came upon an area of raised ground with trees around it and formed a defensive position here which I considered we would be able to hold off any force for quite some length of time.  From this point we were eventually hot extracted by helicopter. As this was only the second day of our operation we were loaded to the hilt with rations, ammunition, water, and all extras required to stay self-sufficient for up to three weeks.  Graham, our Patrol Commander, was a big solid person who I estimate to be about 16 stone, or 101kg, but Mac had picked him up and carried him across his pack.  Thanks to Mac we managed to get Graham out and he was repatriated to New Zealand.

The irony of all this we still had 10 months of our tour duty to complete! Life continued as per usual as though nothing had ever happened.  Counselling was not heard of!! 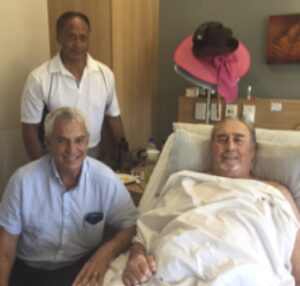 Bill Taare and Peter Bradford with Warwick in 2016.  Peter was the Australian helicopter pilot who extracted the patrol.

In hindsight when I look back Warwick was a remarkable athlete, fit, strong, wiry and not an ounce of fat on his body.  He was prepared to have a go at anything and he did. My biggest disappointment to this day is that Mac was never formally recognised for his deeds.

Warwick decided to take his discharge from the Army in January 1972 to pursue his interest in rugby. 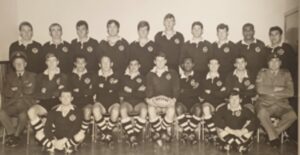 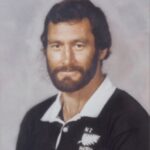 After leaving the Army Warwick secured a position in the Counties Manakau Rugby team in 1974 and played for them until 1980 mainly as a loose forward but also played two games as lock.  He was selected captain and No 8 for the Maori All Blacks 1978-79.

In July 2000 Warwick was appointed as Coach of a Super 10 Rugby Premier Division Team in  Viadana (Northern Italy).  The team won the competition.

Warwick was named New Zealand coach of the year for his work with Counties in both 1996 and 1997. He enhanced his reputation further as Graham Henry’s assistant at the Auckland Blues during a four-year spell that saw them reach three consecutive Super 12 finals, lifting the trophy on two occasions in 1997 and 1998.

Warwick was appointed Fiji’s national coaching director in March 2002. He took theFiji national teamto the2003 Rugby World Cup, but quit later that year, citing frustration at Fiji being overlooked for tournaments by the stronger rugby nations. 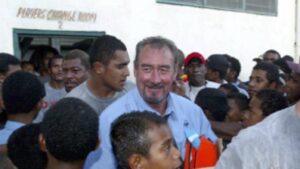 Sadly, Warwick died on 14 March 2018 of cancer.  The solemn three-hour service was presided over by fellow ex-Cadet, Vietnam War veteran and Army Chaplin Kevin Herewini, RNZE, NZSAS, RNZIR, Gentry Class, and the first RF Cadet to be appointed RSM in January 1964 when the School was formed into two companies.

His pall bearers included many of the biggest player names from his successful Counties Manukau Steelers National Provincial Championship team of 1996 and 1997.  Among them were captain and No. 8 Errol Brain and winger Joeli Vidiri.  They were among a host of Steelers who turned up to pay their respects.  Also attending were former All Blacks captain Wayne ‘Buck’ Shelford, Jim Love and former All Black and Auckland coach Sir Graham Henry.

Family and members of the NZSAS and Auckland Blues were equally well represented including former stars Sir Michael Jones, Robin Brooke and Eroni Clarke. ‘They loved the man. Blues and New Zealand rugby have a tremendous amount to thank this man for,’ Sir Graham Henry said.

All in attendance were unanimous in their respect for Warwick, his no nonsense approach to rugby and the mental toughness he instilled in his players, a quality he displayed in abundance throughout his military and rugby playing years.

Yet another exemplar from the proud ranks of the R F Cadet School.  Forte Fortuna Juvat.

Thanks to Bob Davies for coordinating this tribute.

The following article of interest was recently posted in the Te Awamutu RSA Newsletter: 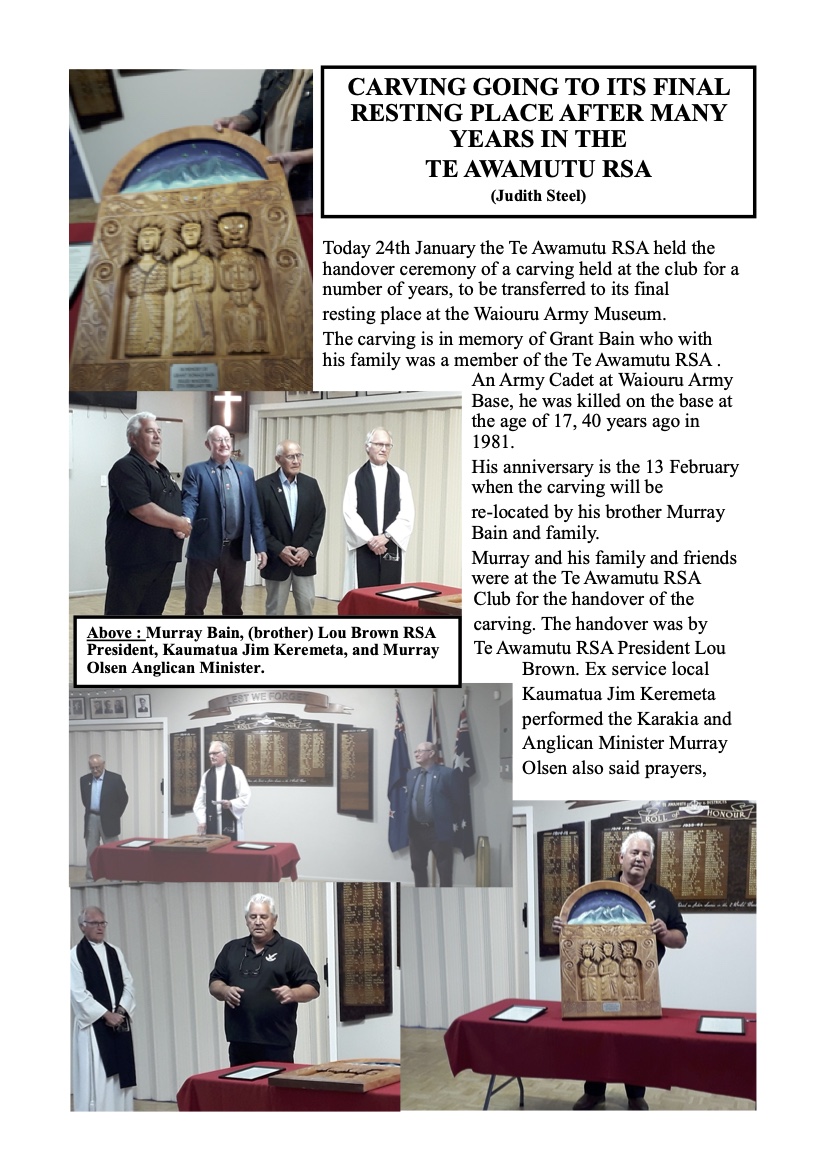 The following appears in my upcoming memoir of Cadet days. Depending on what decade you were a Clubbie, you probably have a different list – or not: 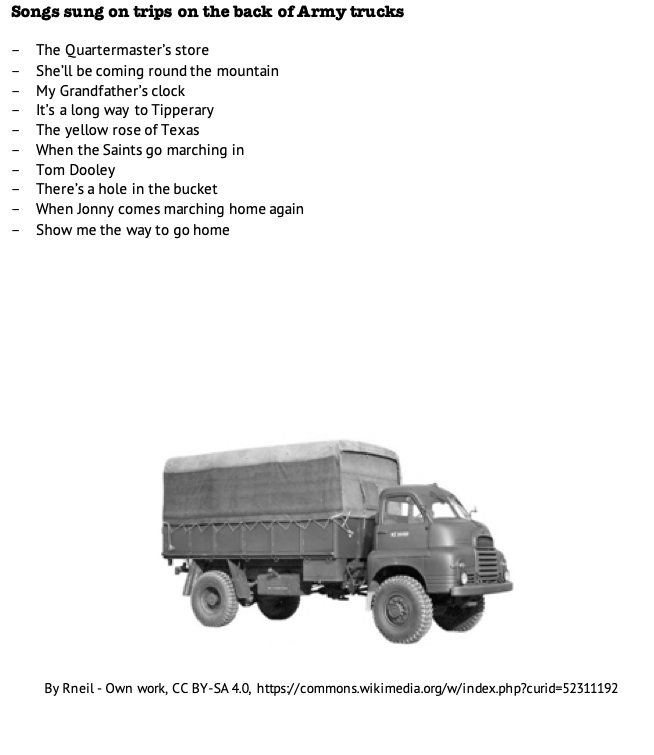 Warwick McCallion wasn’t the only ex RF Cadet who was a Coach of the Māori All Blacks. Who was the other one and what class was he?