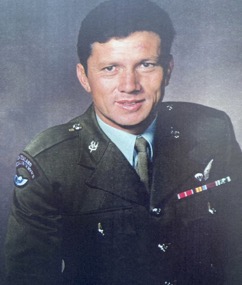 Greetings one and all. 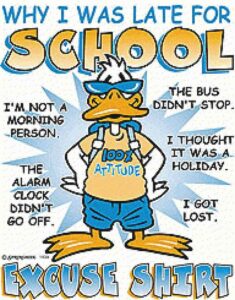 Apologies for this post being late for place of parade – excuses include Covid 19 (not sure how exactly, but everything seems too take much longer), getting the house ready to put on the market, working with the National Army Museum (NAM) and RFCA on the up-coming RF Cadet School display, getting my book ready for publication (see Military Arts below), old age, and the silly season generally.

Our NAM display is well into its preparation and set up. At this stage, and barring more Covid lockdown delays, it looks like there will be soft opening 15 or 16 December and an official launch in mid January next year. The RFCA will post more information about that as things firm up.

While working with NAM, I got to thinking about where we Clubbies came from to join up. We know that the whole country was a recruiting ground (not sure whether there were any Stewart or Chatham Islanders?) and that town and country were probably represented proportionally in terms of population. Some families bothered the recruiters more than others – those with an older brother in the Club often had younger siblings (or even cousins) following in their boots. Army families also helped out with getting their sons on board. Some civvie schools were over-represented, so the ones with School Cadets almost certainly contributed more than their fair share. 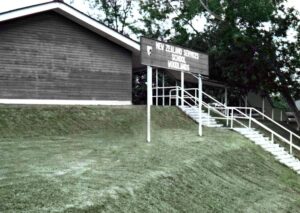 One overseas school (and one which I taught at) was a springboard to RF Cadets – the New Zealand Services School Woodlands, in Singapore. I know that Spud Murphy, Rip Rogers, Greg Josephs, Wayne Richardson, and Ross Fearon were in this category – anyone else?

This issue we pay tribute to Kevin Herewini, who was the first RF Cadet RSM in 1964 (the year I joined), when the School introduced a two company structure. Up until then the senior cadet rank was CSM.

Tribute – one of our own

Tēnā tātou katoa, i roto tēnei wāhanga o tenei ao hurihuri. Greetings to you all, in this evolving and everchanging world.

The fear of the Lord is the beginning of wisdom, and knowledge of the Holy one is understanding (Proverbs 9:10).

This tribute is written with my whānau, in acknowledgement to those who have shaped my many pathways. Thank you, Bob Davies for your request for the tribute, may future generations enjoy. Concepts of whānau (family) and whakapono (faith) are significant to my development and identity which are evident throughout this narrative.

My father, Rau Rangatira Herewini, served in A Company, 28 Māori Battalion in World War II. He was a Prisoner of War (POW) held captive by the German soldiers before returning to Aotearoa. My Mother, Noeline (Merle) Giles was of English and Irish descent. I was born in Auckland, in August 1946 and raised on Karangahape Marae, Matangirau by my maternal Grandmother, Waipuna (nee Ropiha) Herewini. She provided my grounding in the Anglican church and links to Ngāti Kahu and Ngāpuhi. This setting provided encouragement, passion, and momentum for me to join the New Zealand Army.

In January 1962, I enlisted into the New Zealand Army as a Regular Force Cadet, a member of Gentry Class. I was the first cadet to hold the position as Cadet RSM in January 1964.  That was the year the RF Cadet School organised into two companies, A (soldier training) and B (apprentice training).  On graduation from the Cadets in 1964, I assumed the trade of Field Engineer with the Royal New Zealand Engineers until 1967, when I completed selection for the New Zealand Special Air Service (NZ SAS). In 1968, I served in Vietnam as a patrol signaller with 4 Troop of the first SAS Ranger Squadron under Lieutenant Terry Culley as part of the Australian SAS regiment.

With my family I was posted in 1978 -1980 to The First Battalion RNZIR to Dieppe Barracks, Singapore. Then I returned to 1 NZSAS Group. I held a variety of appointments across the full spectrum of rank within the NZSAS. Subsequently, I was awarded an MBE Military Division in December 1983, and appointed Regimental Sergeant Major (RSM) in 1985. In 1986, I was commissioned to the rank of Lieutenant and posted as an Instructor to the Officer Cadet School (OCS), Waiouru. This posting allowed me to design and implement a programme, ‘Introduction to tikanga Māori’ which I believe to be of great significance to future New Zealand Officers. In 1988, I was employed as the unit’s parachute Training Officer at Whenuapai with the Parachute and Training Support Unit (PTSU) RNZAF.

I was discharged from the Army on 8th October 1989 at a luncheon at Papakura Military Camp. According to Lieutenant Colonel Isherwood’s testimonial in 1989, he stated that “Kevin’s Army career has been characterised by unselfishness, loyalty, self-discipline and a determination to achieve any goals set.”

My farewell luncheon, Carwyn our son then a student at St Stephens College presented the taiaha to Lt Col B. Isherwood CO NZSAS.
This taiaha was carved by Tipene Bailey, who also carved the NZSAS carving “Mā te Māia Hei Toa.”

My transition to civilian life or “civvy street” began when I worked at Fletcher Wood Panels, Kumeu. At this time, I studied business management, doing voluntary work with the youth at risk, as well as beginning my clerical (theological) studies with the Māori Anglican Church.

In 1997, I was employed by Massey High School (MHS), West Auckland as a Kaiawhina, within the Guidance Department and Assistant Sports Co-ordinator. This position was initiated after an interview about the NZSAS carving “Mā te Māia Hei Toa” with Maj (Rtd) Howard James, one of my long-time mentors and role models. As part of the North Health Initiative within schools, this role also included Youth Health and wellbeing for pupils experiencing learning difficulties with meeting or coping with educational outcomes. I am grateful for this experience, as I was able to reconnect with the Māori community, te reo Māori, and the carvings for Te Whare Māhanahana (MHS marae).

In 2000, my role changed, and I became a Coordinator for Māori and Pacific students and their whānau. I also focused on leadership initiatives to enhance learning through literacy within three feeder primary schools to MHS. This milestone was another highlight of my career, as I witnessed positive change through literacy and leadership for pupils, families, and communities overcoming their challenges. I am forever grateful for those teachers, and families who showed me empathy, aroha and manākitanga that epitomised the MHS school motto “Kimihia he maunga teitei” (seek the heights).

My study and practical pathway began as a Kai Karakia, Liturgical Assistant in June 2001, at Hēmi Tapu, Kelston. In March 2002, I was appointed Deacon at Kelson, and then ordained Priest in November 2003.

During August 2005-September 2008, I was appointed a Chaplain at Northern Region Corrections Facility, Kaikohe. In 2006, I joined the NZDF Chaplaincy as territorial force chaplain for the 3rd Battalion RNZIR. During this time, and when able, I also supported the Whangaroa Pastorate ministry team. During 2012-2013, I was posted as Assistant Chaplain to Waiouru Military Camp.

In January 2008, two significant events held at Waiouru Marae were significant. First, the anniversary service for Sgt Graham Campbell who was killed in action 14 January 1970, South Vietnam, where there were Australian and New Zealand Air Crew in attendance.  After this memorial service, I was interviewed by the writer Ian McPhedran, to contribute to his book “Soldiers with no boarders beyond the SAS, “inside the whare. These events provided the opportunity for reflection, memorial, unity, and wellbeing.

Another memorable milestone was my return to the Unit during 2009-2010 as the Unit Chaplain. I am forever grateful for this role and responsibility.

In 2015, I was involved in the planning team of the Marae DIY makeover – Rongomaraeroa-ō-ngā-hau-e whā (Series 11, Episode Three). Specifically, I coordinated the design and concept for the Memorial Garden and acknowledge those involved with the planning and completion of this Taonga (treasure). This marae serves members of the NZ Army, Ngāti Tūmatauenga and the local communities. This marae is the spiritual home, to many cultures is embedded into the ethos and values of all members of Ngāti Tūmatauenga. 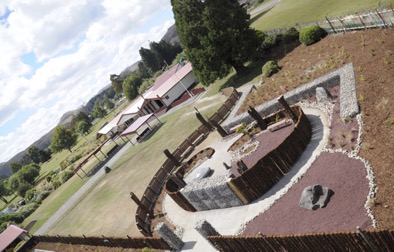 In 2016, I was farewelled from Waiouru marae and returned to Whangaroa, Northland. Where I have continued to be involved in the Whangaroa Pastorate ministry, Hospital chaplaincy, Whangaroa RSA, various community groups, and NZDF chaplaincy when requested.

In November 2018, our inaugural 4 Troop reunion was initiated by WOI (Rtd) F.D Barclay BEM, held at Rongomaraeroa-ō-ngā-hau e whā Marae. This was a special and memorable reunion of members and their families.

One lifechanging spiritual experience, that Helen (my wife) and I have shared, was a pilgrimage to Jerusalem in 15-29 November 2019. We thank Saint John’s College for providing us this unique opportunity to enhance our spiritual experience by walking in the footprints of Jesus in the Holy Land. This pilgrimage enriched my personal spiritual growth and provided me with a better understanding and connection between bible study and theological reflection. 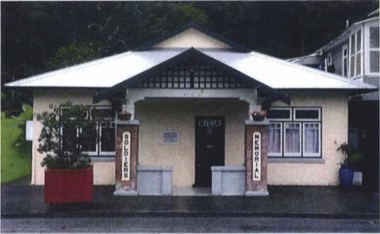 I have served on the Whangaroa RSA as a Chairperson since 2018. The pillars of the RSA are founded on courage, commitment, camaraderie, and advocacy. This is based on people helping people. The strategic plan for the Whangaroa RSA is aligned to these values and designed to support the welfare and wellbeing of its veterans and their dependents. Key dates and remembrance services are planned and appropriately commemorated. Ongoing support of the RNZRSA educational goals and objectives in the schools within the Whangaroa and Kaeo area are maintained. The planned outcome is to enhance the longevity and proud history of the Whangaroa RSA. We are planning to commemorate the centenary of this building on ANZAC DAY 2025. “Kei wareware tātou.”

I was fortunate to spend time with Cannon Wī Huata (Padre, 28th Māori Battalion), at a dedication of the carving from Ngāti Kahungunu to the Officer Cadet school. At my request, he translated Helen Keller’s quote “Life is a daring adventure or nothing” into te reo Māori.” This is his translation, “He oranga mō te wā he wero, ahakoa kore noa iho.”

This quote/whakatauki encapsulates my journey of faith and the many facets of whānau.

I am indebted to those who have supported, guided, and have been instrumental throughout my military and civilian adventures. It is important to acknowledge my whānau for their unwavering support of all my endeavours and specifically to my wife, Helen. “E kore rawa te aroha e mimiti mōu mō tāu mahi ki te whakatipu tō tātou whānau I ngā wā katoa.”

This is a truly unique career, one that encompasses both service to the country and service to the community.  I can only echo Colonel Isherwood’s personal tribute again: “Kevin’s Army career has been characterised by unselfishness, loyalty, self-discipline and a determination to achieve any goals set.”  A true exemplar of the R F Cadet School.  Forte Fortuna Juvat! 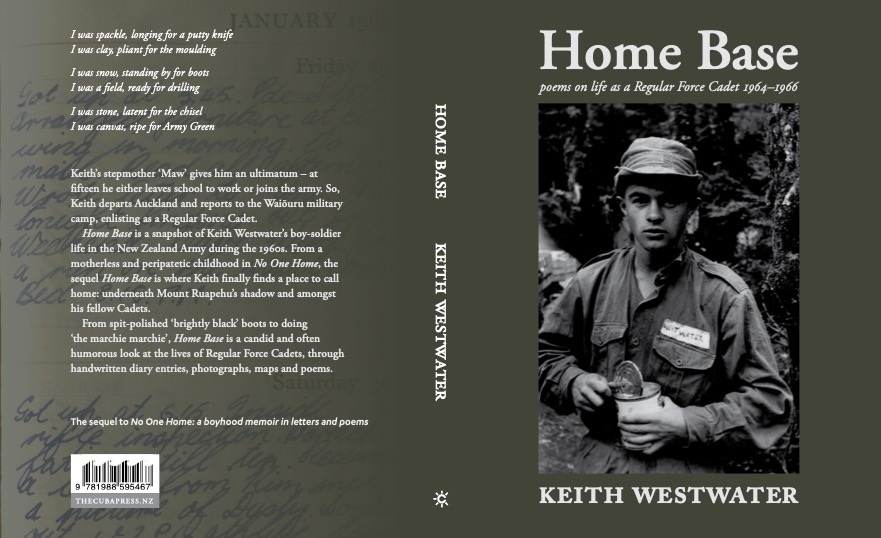 The memoir of my 3 years as a Clubbie is being launched LIVE ONLINE at 1830 hours NZDT on Tuesday 9 November. The book is published by The Cuba Press and is my fifth published work. The launcher is Lt Col (retd) Chris Pugsley, an eminent New Zealand military historian.

If you would like to ‘attend’ the launch, get your refreshments organised so you are not late for place of parade, then go to https://goodbookshop.nz/events/homebase  and click on the Good Books Youtube page link.

The answer to September’s trivia question (What was the standard meal you got served for Sunday night tea?) was answered by Peter Jackson: Steak,chips and corn off the cob. 1966-67 Sunday night tea.

Greetings fellow Clubbies. I trust you are hunkering down with whatever takes your fancy as…