I hope you are still enjoying the Black Caps’ fantastic win and perhaps not so much that we are halfway through 2021.

The latest Newsletter includes a piece on the RF Cadet so-called “medal”. We will also post it in a “Barrack Square Bugle” on the website shortly, just in case you missed it. This item – plus a couple of other things –  got me thinking about New Zealand’s honours and awards system generally and the medals that are awarded for bravery in non-operational circumstances in particular. (Awards for gallantry recognise military personnel for such acts during war and warlike service). Military personnel can, however, also be recognised for acts of bravery  (see Sgt Hudson, GC, below).

Before the current awards system came into being in 1995/96, awards for bravery in non-operational circumstances were part of the British system. The highest award was the George Cross, with the George Medal next in line. (The George Cross was replaced by the New Zealand Cross.) Only three New Zealanders were ever awarded the George Cross, but one of them was Sgt Murray (Huddy) Hudson, for his act of self-sacrifice during a grenade training incident in Waiouru in 1974. (There is some conjecture that Huddy was an ex-cadet, but given that he entered the Army in May 1961 and he was 35 when he died, and there are no ex-cadet Hudsons with his initials, it makes this unlikely. He was on the School Staff, however, having been posted into the School in 1967 when he was a corporal, according to that year’s yearbook.

The second thing that prodded me into looking at matters to do with the George Cross was a conversation I recently had with Norm Skilton. I have kept in contact with Norm, who is now in his nineties, since Cadet days. Norm was CI Education Wing in the mid 1960s (the photo is from 1964) and was also teaching at the Wing in the late 1950s, so some of you will remember him. He tells me he has met up with a few Clubbies at the Napier RSA, which he still frequents. Norm asked me if it was ex-cadet Chris Wotton (Weir Class, 1958) who was possibly awarded the George Cross for rescuing a woman/family from a car that went into the Wanganui River. I’ve established that Chris wasn’t one of the other two NZ-ers who were awarded the George Cross but he could have been awarded a different medal, or it was another ex-cadet. Does anyone know anything about this?

In this As You Were! post, we pay tribute to Matt Te Pou and showcase the medals he was awarded during and after his NZ Army career. 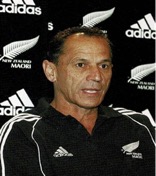 Matt was born and grew up in Whakatane.  Like many others of that era he was involved in the School Cadets. On 5 January 1967 at age 16 Matt joined Trump Class. One particular memory is “on my Basic during a Waiouru winter in frost and snow carrying 08 webbing, a blanket and ground sheet a 16 year old boy soldier had to harden up and transition from a boy to a man very quickly.  I recall during the year Grant Logie, who was my Senior Class Section Commander throwing a safety net over the whole section, and with that single gesture he offered a young man far from home safety and security. I still look up to him and would cherish a catch-up with a friend who graduated into infantry as a Clerk. I last saw him in 1971.”

As most of us did, he both endured and enjoyed the rigours of life as a cadet finishing his tenure as a cadet corporal before graduating 18 months later into the Royal Regiment of Artillery.

On graduation Matt was initially posted as an instructor to the National Service Training Unit Waiouru where he remained until posted to 16 Field Regiment at Papakura Camp in mid 1969 where he would spend a total of 7 years over three postings.

During 1971 he started preparations for deployment to Vietnam with the gunners.  Matt was posted to 161 Field Battery, Nui Dat, Phuoc Tuy Province, South Vietnam as a radio operator where he completed a year’s tour.

One memory that stands out for Matt during this time was when he was sent to another Area of Operations at Bearcat to serve alongside soldiers from America and Thailand. His role there was to radio any live fire within 500m of 1ATF border and obtain air and ground clearance when needed.  A highlight of working so closely with the American troops was that he had a PX card which gave him access to all kinds of American goodies. Cobra gun ships were also located on base so friendships were established with different servicemen.

On return to NZ he was posted back to Waiouru to train TF then onto RF Depot. During this time he also began married life and with the birth of two children found Waiouru a great place to raise a young family. He recalls: “There was a real sense of community spirit as everyone knew everyone and all looked out for each other as it takes a village to raise a child.”

During the next period of army life postings between Waiouru and Papakura and promotions through the ranks from  Staff Sergeant in Waiouru at the School of Artillery, back to Papakura as the Battery Sergeant Major 161 Battery. During the early 1980’s because of a shortage of officers Matt undertook responsibilities beyond those of the BSM role to give leadership and provide training guidance to ensure the Battery was always  in a state of readiness.  For this performance Matt was awarded the British Empire Medal in the  1982 Queen’s Birthday Honours. 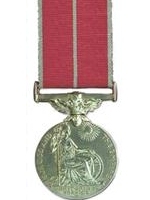 A defining posting for Matt in the Army was to the Royal Military College Duntroon where he was again honoured when appointed a Member of the Military Division of the Most Excellent Order of the British Empire for his performance coaching the College’s rugby team and as the Wing Sergeant Major, Drill Wing.  On return from RMC Matt left the Army after completing 23 years valuable service.

After the Army Matt became fully involved with rugby.  He rose through the rugby coaching ranks firstly with the Whakatane Marist Rugby Club where they won the Bay of Plenty championship and then on to coaching the Bay of Plenty Provincial Representative Team.  His professional career began when he was appointed as the Assistant Coach to the Chiefs Super 12 franchise Team.  Matt then went on to coach the Maori All Black Team for the next 10 years, from 1995-2005.  During his tenure the Team lost just 4 matches while winning a large number of major internationals against England, Scotland, and Argentina.  This Maori All Black Team was also the first to defeat the 2005 Touring British and Irish Lions.  A wonderful record that testifies to Matt’s coaching abilities.  For this he was made a Member of the New Zealand Order of Merit in the 2006 New Years Honours. 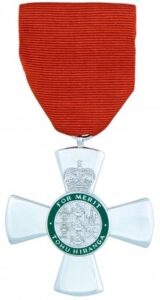 Member of the New Zealand Order of Merit 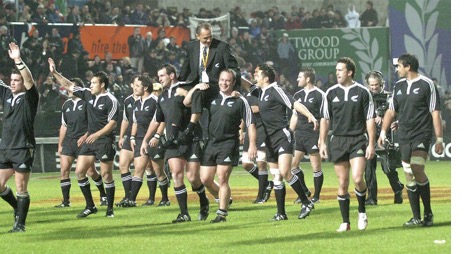 Matt Te Pou being carried off Waikato Stadium on the shoulders of Carl Hayman, left, and Greg Feek. Photo / Photosport

Matt is not only the second ex-Cadet to coach the Maori All Blacks but remarkably the second from Crump Class.  The other being the late Warwick McCallion who received an earlier tribute.

Matt is also a leader in the Maori Community as chair of the Tūhoe Fisheries Charitable Trust.  He was also a negotiator representing eight iwi in the Central North Island forestry settlement.

The list of honours bestowed on Matt for his service to the Army and for his coaching abilities as well as his standing in Maoridom makes him a true exemplar of the Regular Force Cadet School, one few have emulated.  Forte Fortuna Juvat.

Thanks to Bob Davies for co-ordinating this tribute.

Given that we have now paid tribute to three Crump Class ex-Cadets, I thought we should feature the class Patron: 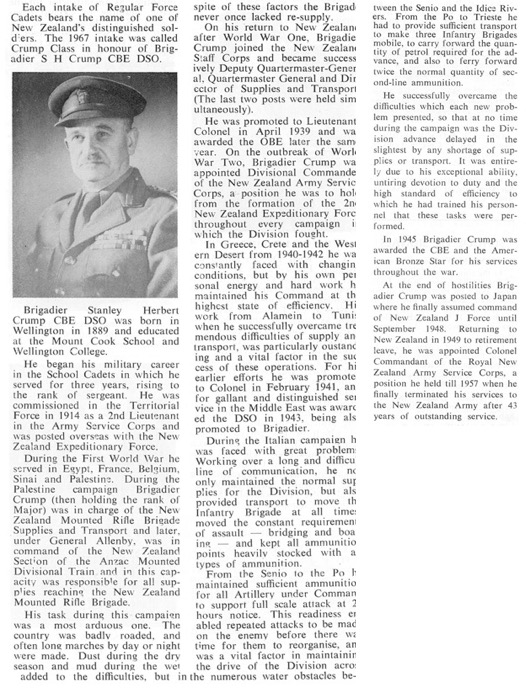 The memoir of my three years as an RF Cadet will be published in October this year. It is called Home Base and you can read a little bit about it here. The following is a poem from the memoir:

Each time you leave the barracks you are to march to where you are going.

If there are two or more of you going to the same place, you are to march in step.

If there are enough to make a squad, one person is to march the squad, giving the orders to ‘quick march,’ ‘halt,’ ‘fall-out,’ etc.

You are to look straight ahead when marching.

To detect the rank held by someone who is approaching from the side, you are to develop 180-degree lateral vision so you can keep looking straight ahead.

You are to salute (or if in a squad, give an ‘eyes right’ or ‘left’ to) any officers that come nearby.

You are not to test out newly-commissioned officers to see if they will pull you up if you snub them by not saluting.

You are not to get newly-commissioned officers to repeatedly salute you by marching round and round the block.

Earlier in this post we said that we have paid tribute to three Crump Class cadets. Two of these are named in this As You Were! post. Who is the third?

August - red and blues Having been raised in an Anzac country, I've never been…